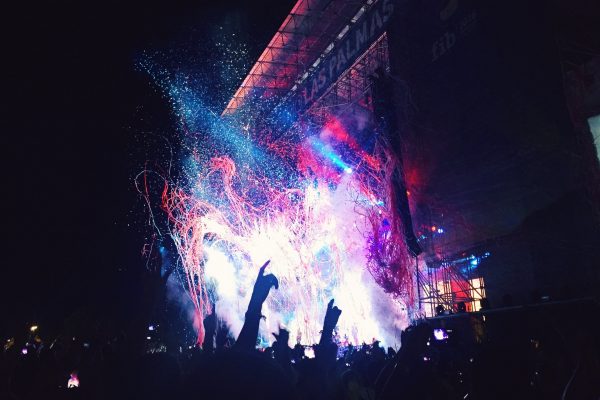 From seasoned stalwarts to circuit newcomers, Europe hosts some of the most noteworthy festivals on the planet. With Europe’s 2020 festival season sadly cancelling due the impact of COVID-19 and many tickets rolling over to 2021, next year’s festivals are fast becoming the world’s most popular waitlist.

Here are some of our festival favourites to get on your radar for future years. (Ducks to avoid being hit by paper cups for not being able to mention more of them).

One island, seven days, thousands of acts: Sziget is less of a festival, and more of a holiday that you never want to end. Hosted on the Island of Freedom (Budapest’s Óbuda Island), Sziget is one of Europe’s biggest and most renowned festivals. As well as a setlist that spans the musical spectrum with superstars from the worlds of indie, rock, EDM and R&B, there’s also a staggering seven-day program of cinema, comedy, theatre and cultural events. It’s the kind of festival where you make friends for life, give up wearing shoes, and consider selling all your possessions to join a nomadic circus troupe.

A legend on Europe’s festival circuit, Roksilde deserves a well-earned place in the festival hall of fame. One of the largest festivals in Northern Europe, it is now its 50th year. Roskilde is more than a festival, it’s an institution: one that celebrates the crowd-pleasers as much as the cutting-edge, and the mainstream as much as the up-and-comers. As well as a diverse display of music and genres, the festival promotes a real sense of belonging and appreciation for art, activism and the avant-guarde – including Naked Runs on the Saturday each year! The whole experience comes together with the trademark cool and effortless Scandi style that you would expect from the Danish.

Crossing the Atlantic to the sparkling shores of the Adriatic, the European leg of the Ultra franchise hosts some of the greatest dance, techno, trance and house acts from around the globe. From spinning decks to sailing decks, it’s also a festival where you can soak up Croatia’s world-famous summer party scene. The main festival is in Split’s Mladeži park, with other Ultra parties taking place on nearby islands, beaches, yachts and fortresses. While the 2021 lineup has yet to be announced, if previous years have been anything to go by, it promises to be a who’s who of the planet’s best DJs and dance duos.

In short, Tomorrowland is the most revered EDM festival on Earth. Boom, drop the mic. (The festival is in Boom in Belgium? Never mind). Tomorrowland’s unforgettable stage designs and spectacular firework displays transport you to another universe. A universe where the biggest names in EDM, house, hardstyle, drum & bass and more perform in a fantasyland of quirky sets and theatrics, surrounded by lakes and forests. It’s a fully immersive experience where you leave feeling like you’ve belonged to something truly extraordinary.

Barcelona’s multi-genre music festival, held on the shores of the Mediterranean in the city’s Parc del Forum, is the ultimate reflection of the city itself. Alternative, creative and oh-so-effing-cool. Spread across 16 outdoor stages, the annual lineup is something of a musical masterpiece – taking the most influential artists from across genres to create an effortless five days of music. 2021 will be Primavera Sound’s belated 20th birthday, so promises to be the kind of birthday party that every kid wants an invite to.

The biggest names in urban music, on a sun-drenched beach on Portugal’s stunning Algarve? What’s not to love. Over three days, beats drop from the masters of hip-hop, dancehall, bashment, Afrobeats and R&B against a backdrop of golden sands, limestone rocks and crystal-clear waters. As well as the main event, the side parties are also something of class act, with private beach and boat parties.

Festival Internacional de Benicàssim – or ‘Beni’ for short – is a mainstay on the European festival scene, pulling in the crowds with its big names and sunny seaside vibes. Held in the coastal town of Benicàssim on Spain’s Costa del Azahar, the latest and greatest names in rock, indie, dance and pop run from early evening until the early hours to help combat the summer Spanish heat. The added bonus being that festival-goers get their days free to travel/explore/collapse hungover on a beach (delete as appropriate).

Despite only being around since 2016, Mad Cool has already established itself as a major player on the rock and indie festival circuit. Held in a stadium village in Spain’s capital, Mad Cool doesn’t have the sundrenched seaside setting of Benicássim, but what it lacks in beauty it more than makes up for in headline acts. In its short – but very sweet – history, it’s already attracted an impressive number of superstars from rock’s current hall of fame, including Foo Fighters, Green Day, Pearl Jam, Kings of Leon, and Queens of the Stone Age.

No festival lineup would be complete without Glastonbury. Hallowed ground for festival fans the world over, Glastonbury is in a world of its own. From the music royalty of the Pyramid Stage, to the underground world of Shangri-La, late-night hedonism of Arcadia and lazy afternoon hippy vibes of the Healing Fields, Glastonbury is less of a festival – and more of a lifestyle. As far as guestlists go, you need luck on your side for this one! Massively oversubscribed, you get tickets by registering in advance and then sitting through a nail-biting morning of clicking and refreshing the webpage. Five days partying at Worthy Farm though? Well worth it.

Articles about Travel and Vacation.